Preparing for the 100m Sprint of Public Speaking 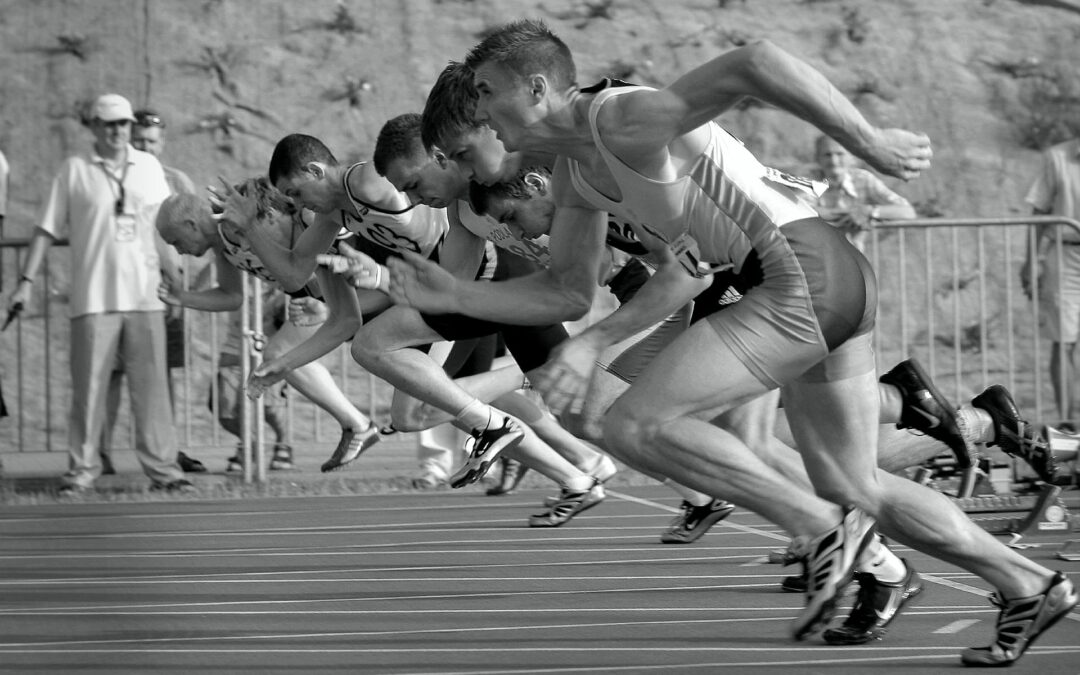 I joined Tube Talk Toastmasters because I just wanted to be able to speak in public without passing out.

What I didn’t expect was that my first year in Toastmasters (TM) would prove to be an exercise in avoiding self-rejection.

I know, it sounds dramatic, right? Hear me out.

When I delivered my first speech – my icebreaker – I was a trembling wreck, holding onto my index cards for dear life. Now, one short year on, I’m preparing to enter the TM International Speech Contest with, incidentally, the same icebreaker speech that I delivered so disastrously at my first meeting. To anyone unfamiliar with TM this might not sound like much, so to put it into perspective, the TM International Convention is like the Olympics of the speaking world; its flagship event, the International Speech Contest, is like competing for the gold medal in the 100m sprint.

So why am I doing it? Have I, over the last year, transformed into a gold-medal winning speaker? Have I stumbled on some amazing message that the world needs to hear? The answers to these two questions are ‘no’ and ‘no’. In fact, I’m anything but a confident, competent public speaker. I still tremble almost as much as I did on my first day. So what’s changed?

Firstly, I met a mentor. Even though his belief in me has been enough to carry me this far, more recently, my own inner critic has gotten louder and louder. Before Christmas, I started to think seriously about backing out. After all, who am I to think I can win the world’s biggest speaking contest? What do I have to say that’s of any value? What if my nerves finally do overwhelm me? What if I forget my lines? What if I fail?

In fact, I’m certain that I will fail at some point, in some way, on this public speaking journey, and this was reason enough for me to consider backing out. Then, while mindlessly scrolling through my social media feed, I came across the following quote:

“Don’t think you deserve the job? Apply for it anyway.

Don’t think they’ll reply to your email? Send it anyway.

Self-reject?! I’d never heard the term before. By not entering the contest because I’m convinced that I’m not yet a good enough speaker, I realised I was, indeed, self-rejecting. I was eliminating myself from the contest so that I didn’t have to endure the discomfort of anyone else doing so. All of us do this – and we do it often. How many of us have not applied for a job we’d love because we decide we’re not quite qualified? How many times have we not spoken to someone at a party because we think that person won’t want to talk to us? How many times do we not ask for extra meat in our kebabs because we think they won’t give us it? Have many times have you not asked for what you want because you think the answer will be no?

Self-rejecting is a thing. It’s probably the biggest barrier between us and the things our hearts most desire. Many of us live like our rejections and failures have already happened. But what if life is just waiting to surprise us? What if all we have to do is take the first little baby-step outside of our comfort zones and then destiny will do the rest?

So if you’re ready for life to surprise you, consider joining us at Tube Talk to explore how good a public speaker you can really be. There could be a gold medal-winning speaker inside you that you never knew was there.

In the meantime, wish me luck… I’ll be giving the International Speech Contest my very best shot!